It’s been a few weeks now since Star Wars: The Last Jedi hit cinemas and sent the entire fandom into a frenzy. With every Star Wars fan seemingly at each other’s throats we figured that now would be as good a time as ever to divert away from all the negativity and take a look back over the best of Star Wars.

So here’s part 1 of a 3 part series looking back over our Top Ten Moments from each Star Wars trilogy. 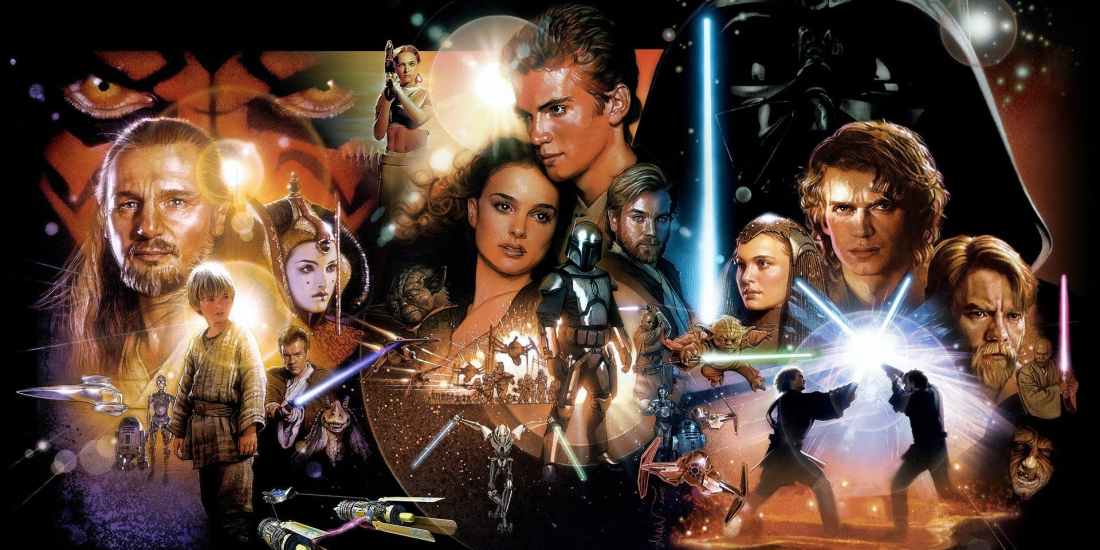 Going in chronological order we’re beginning our 3-part series at the start of the Skywalker saga. Back in a time before Luke, Leia and Han, our story begins with the slow rise of Darth Vader and the death of a young man called Anakin Skywalker.

Moment 10: Rise of the Empire, Revenge of the Sith

Our first entry on the list earns its spot more through its importance to the saga as a whole, rather than its content. Palpatine finally reaching the heights of power he had sought since Ep. 1 and beginning the formation of the Galactic Empire. This is a powerful scene that encapsulates the best of the politics in the Prequels, something that many would argue is severely missing from later Star Wars films.

Despite this being what many consider to be the worst installment in the Star Wars films, it did provide one of the most gripping and visually impressive action sequences out of all the films.

This is the only time that we have seen Jedi fighting in large numbers before, in any form of post-Disney canon, and regardless of the story surrounding it the action itself delivers. Jedi fighting shoulder to shoulder against overwhelming odds, before the eventual save made by the Clone army is a spectacle that is hard to forget.

Moving from a more grandiose battle to the first Sith vs. Jedi battle we are treated to in the Prequels. The battle between Qui-Gon/Obi Wan vs. Darth Maul isn’t only visually impressive, but it presents us with one of the most well-known scores in all of Star Wars and it perfectly sets up the feud between Obi Wan and Maul which is further expanded upon in canon shows The Clone Wars and Star Wars Rebels, as well as comics (Even if Lucas meant for this to be Maul’s end originally).

Following the previously mentioned battle on Geonosis Yoda utters the famous line “Begun the Clone War has” as the creeping score of the Imperial March plays on in the background, foreshadowing the revelation that everything is playing right into Palpatine’s hands. For those who first saw Star Wars (A New Hope) in cinemas it is perhaps this moment that is one of the most rewarding. After hearing about the Clone War from Obi Wan you are finally witnessing its beginning, and whilst it would have been good to see more of the war itself outside of the TV series, it is still rewarding to see the very beginnings of the Empire’s army.

Order 66 portrays not only the ruthlessness of the Sith, but also their cunning and ability to outplay their Jedi counterparts at every turn. Characters who we’d seen fight for 3 films were cut down by their own troops in a montage that is equal parts horrific and mesmerizing.

And let’s face it, we’ve all pretended to be Palpatine when he first gives the command to “Execute Order 66”.

Moment 5: Birth of Vader, Revenge of the Sith

Right off the bat it’s worth noting that this scene isn’t perfect, but I couldn’t in my right mind put the birth of perhaps the most famous film character of all time any higher up the list.

Seeing Anakin’s burned body being treated to by the droids, and finally covered in his iconic black suit was the sort of imagery that people had been wanting to see for decades by the time it came around.

The Jedi Knight Anakin Skywalker had died (For now at least), and Darth Vader was finally born.

One of the few scenes in all of Star Wars that actually provides us with backstory which has yet to be explored. Hinting at the death of his former master Palpatine tells a conflicted Anakin about the power the Dark Side can wield. It is a master stroke of storytelling, allowing the viewer to see the cogs turning in Palpatine’s mind, watching as he presses Anakin’s worries and makes the Dark Side appealing with every word he speaks.

Furthermore it caught the interest of an entire generation, who to this day are calling for further backstory and the on-screen debut of Darth Plagueis, the Sith who could cheat death itself.

Moment 3: Battle over Coruscant, Revenge of the Sith

Our final large scale battle of this list is the one which features the most impressive visuals, the best film direction and the one which finally shows us why 1.) Obi Wan considered Anakin to be such a great pilot in the original trilogy and 2.) Builds up their friendship beyond just Padawan and Master.

The battle over Coruscant is easily the most exciting start to a Star Wars film and any director going forward will have a tough time of matching the feat pulled off by George Lucas in Episode 3.

Introducing us to Buzz Droids, showing us the Clones in action, Anakin and Obi Wan working together, command ships in battle above a famous planet, it all worked perfectly.

Moment 2: Mace vs. The Emperor, Revenge of the Sith

The reveal of Darth Sidious and the exposure of his real power. Lucas spent the prequel trilogy building up Mace Windu as a “bad-ass” Jedi whose skills in combat were not to be tested by anyone. Then came along the hidden Sith, Palpatine himself. Immediately eliminating 3 Jedi, Palpatine kick starts the action in ferocious speed, and the battle never really lets up.

A final dialogue between Windu and Anakin serves to solidify the young man’s turn to the Dark Side as he echoes concerns about the Jedi, concerns which are still prevalent in the franchise today as they are echoed back by Luke Skywalker.

Not to mention it’s this scene which provides us with the meme-loving quote “UNLIMITED POWER!”.

Moment 1: You were my brother, Revenge of the Sith

An argument could be made that this entire fight is worthy of the No. 1 spot on our list. But for me the fight drags just slightly too long and becomes a tad preposterous towards the middle. But this moment at the very end, after Anakin has been defeated and lies burning on the floor is wonderful storytelling.

Obi Wan pulls at your heart strings as he watches the man he considered a brother lying on the floor, dying because of his own hands. And as Obi Wan confesses his love for him, Anakin retorts his hate for Obi Wan. It is the perfect ending to their relationship and wonderfully depicts the opposing paths they have chosen.