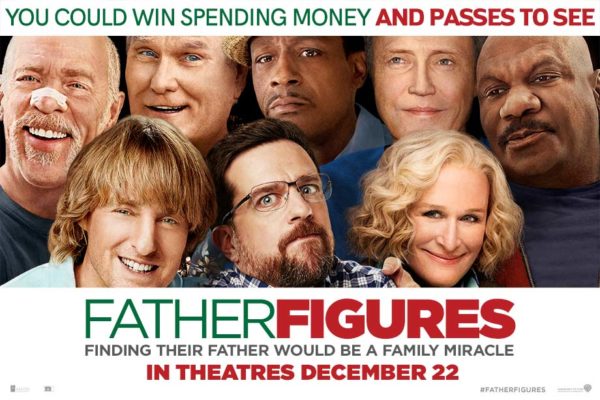 I tried to think of a snappy first line for this review, but much like the movie I seem to have lost my funny bone.

Let’s get it out of the way at the start, this movie is fine. Meh. Mediocre. The epitome of average. But it’s wholly uninspiring.

A strange cast, ranging from the outstanding J.K.Simmons (Roland Hunt) to the always funny Ving Rhames (Rod Hamilton). But not a single person feels like they’re putting their all into this film. The phrase “Phoning it in” gets thrown around a lot in Hollywood these days, but I think it’s perfectly applied here. No one is bad in their role, and whilst I have never really been a fan of Ed Helms (Peter Reynolds), I feel pretty safe in saying that this is the closest I’ve come to having a connection to any of his characters. But there is nothing in this movie from the actors that hits anything other than average, the standard for what you would expect from high profile actors in a wide-release theatrical movie.

The story is pretty basic, but unfortunately due to the road-trip nature of the film there are a lot of characters who come and go in the space of 10-20 minutes, never receiving any development and never being seen again. This also led to the film feeling very repetitive – Search for man, talk to man, find out he’s not father, search for next man. There were some nice moments though, particularly between the family dynamics of the Owen Wilson (Kyle Reynolds), Ed Helms (Peter Reynolds) and Glenn Close (Helen). Their family connections were really the only thing keeping the movie from dipping below average.

It’s unfortunate to say that for a comedy movie, the majority of the jokes fell very flat during my screening. Don’t get me wrong, there were a few moments that earned a few laughs from the crowd, but rarely did anything reach levels above a quiet chuckle. Maybe that’s partly down to this being a very “american” film, if that makes sense at all, and the humour just not transferring over to British audiences.

Overall, if you get the chance to see this movie for a reduced price, or even for free if you’re a Cineworld card holder, then it’s worth the time spent on it if you have nothing else to do. But don’t go rushing to the theatre this weekend to pay full price and watch it, there are better things to watch, especially as the Oscar contenders finally make their way over to the UK.