Give me the green light because I’m ready to go, go, OOooOOOOOooOOoOoh, OH, OH. 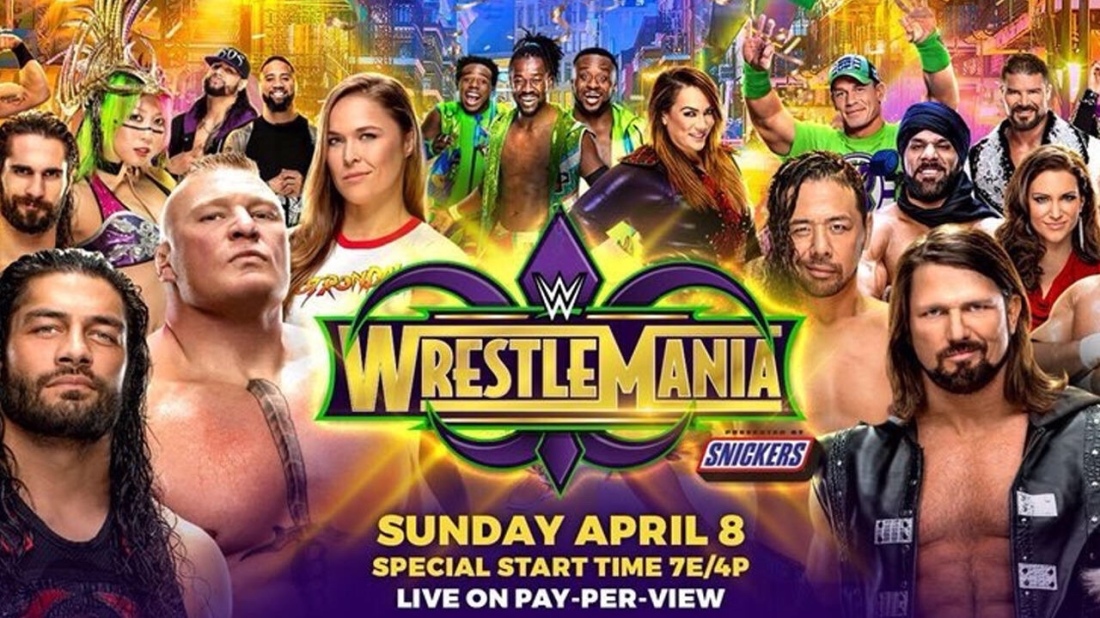 No matter how good the build is the atmosphere surrounding Wrestlemania is contagious and once again I find myself completely engrossed, eagerly waiting, hook, line and sinker. And this year there’s even more reason to be excited as this is arguably one of the best Mania cards in a long time.

Although it may end up being a 7 hour long show there are enough matches that have some serious anticipation around them that it will hopefully go like a breeze.

So let’s get this bad boy started with the Kickoff Show.

One of the few matches on the card that I’m not actually looking forward to. The Andre Battle Royal has done nothing for any of the past winners and I don’t expect that to change this year. So to keep things fresh and even slightly interesting I think the best option might actually be to go with something that no one really expects to happen, so why not give the win to The Revival? It would be something different, interesting and might even give them a stepping stone for post-Mania. But this is WWE, of course the Revival aren’t winning.
Mitch Prediction: Matt Hardy
Rachel Prediction: Random mid-carder no. 3

This could turn out to be a really good match. It’s a shame that once again the Cruiserweights are relegated to the Kickoff Show, but unfortunately with the magnitude of the main card it is hard to see what you would bump in their place. These two are both phenomenal athletes, but the steam has somewhat burnt out from the 16-man tournament which led to this spot.
Mitch Prediction: Mustafa Ali
Rachel Prediction: Mustafa Ali

Unlike the men’s battle royal I’m actually surprised to see this match on the Kickoff, but similar to the Cruiserweight Championship I can’t see what would replace it. Fortunately for this first time ever the WWE have actually put a molecule of effort into building this match. Absolution, Sasha Banks, Bayley, Becky, Naomi etc. have all been involved in the build for this match and hopefully the winner will be in the title scene before too long.
Mitch Prediction: Becky Lynch
Rachel Prediction: Bayley

Even with the addition of the super over Rusev into the match I’m still less than enthused about the offerings we’re going to get here. It’s certainly one that can be placed in the dead zone of the show, sometime between main events and the crowd are needing a rest. One thing that this match does have going for it is that it’s unpredictable, realistically any of these could walk out with the title. Let’s just hope that the WWE use this as a base from which to build a solid mid-card scene on Smackdown Live.
Mitch Prediction: Rusev
Rachel Prediction: Rusev 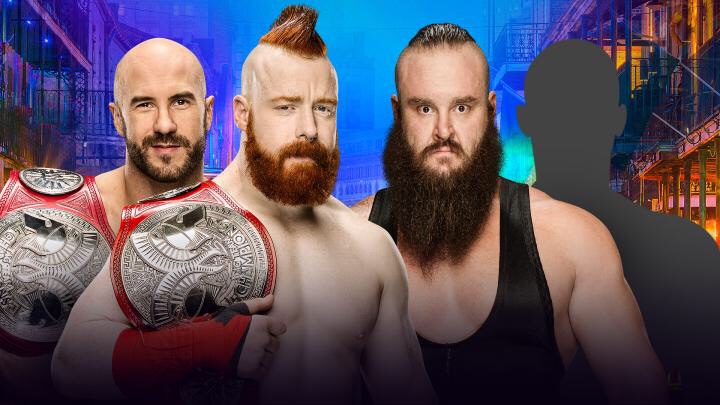 Perhaps one of the most intriguing aspects of Wrestlemania is who will end up being Braun’s partner. Unfortunately most of the names which have been throw around the internet are less than exciting, if it turns out to be The Big Show who recently signed a new deal with the WWE then expect a severely disappointed live crowd in New Orleans. However on the other hand, if the WWE go balls to the wall and team Strowman with someone like Samoa Joe or Elias; or a comedy partner in Ellsworth or Curt Hawkins then things will start to look up again.
Mitch Prediction: Braun + Partner
Rachel Prediction: Braun + Brains 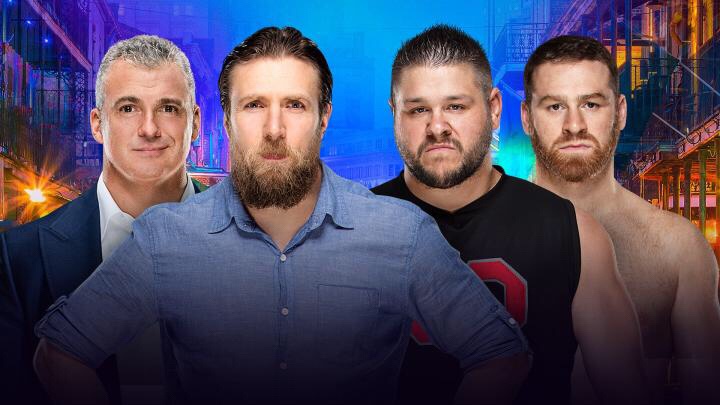 What a feel good moment this is. Seeing Bryan return to a WWE ring is something that none of us thought we would ever see and you don’t need me to tell you why his inclusion at Wrestlemania has suddenly taken this card to a whole new level. The stipulation that “Kami” are fired for good if they lose is interesting as I don’t see them both going back to Raw, but equally WWE wouldn’t dare turn Bryan heel to align himself with them. Maybe an unfathomable McMahon heel turn? Nah, there can only be one winner.
Mitch Prediction: Daniel Bryan and Shane McMahon
Rachel Prediction: Kevin Owens and Sami Zayn

Match 7: Smackdown Tag Team Championship
The New Day vs. The USO’s (C) vs. The Bludgeon Brothers 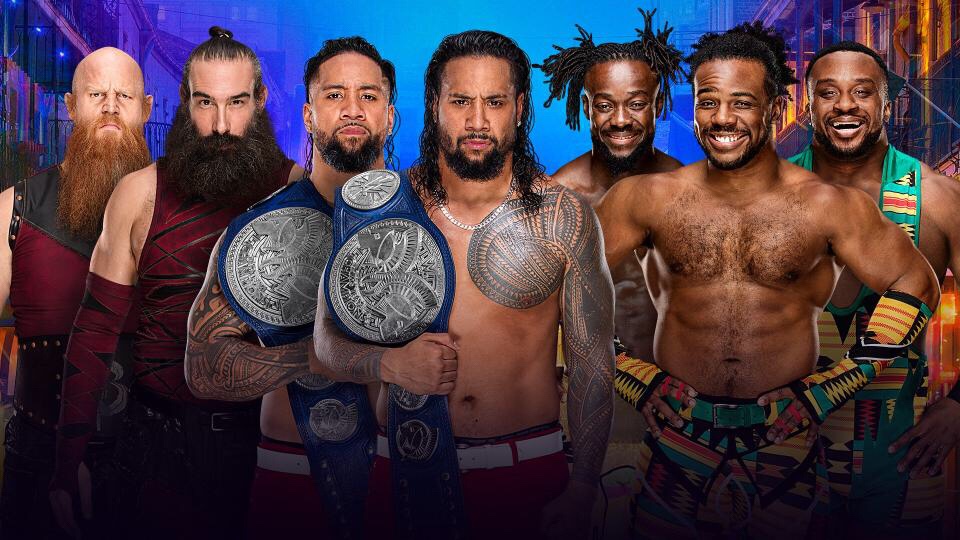 These teams are great, this feud is great and this match could very well be great. Hopefully they’re given enough time to build a story throughout this match, and if they are I can’t see why a match with these participants couldn’t live up to the quality of DIY vs. The Revival vs. AOP.
Mitch Prediction: The Bludgeon Brothers
Rachel Prediction: The New Day

I genuinely have no idea who is going to win this one and I’m so happy about it. I genuinely love all 3 guys, so whomever wins I’m going to be happy. These three are great together, both in the ring and on the mic, so hopefully this could be a show stealing match, just give them plenty of time and they’ll blow your minds.
Mitch Prediction: Finn Balor
Rachel Prediction: Finn Balor 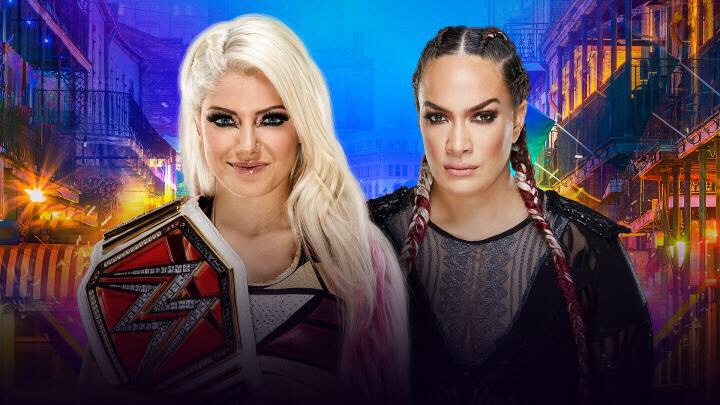 I would be incredibly surprised if Nia doesn’t win the title in this match. They’ve done the build very well, both are coming across like real people and the hatred between them both feels legitimate. It’s no surprising that these two have great chemistry given their friendship off screen, so hopefully they match that chemistry in the ring too. It’s very possible that we see Carmella cash in after the match to avoid the Asuka issue on Smackdown.
Mitch Prediction: Nia Jax
Rachel Prediction: Nia Jax

As good as the build has been for this match, I’m not anticipating a great showing. No matter how much experience Ronda has elsewhere she’s going to be green stepping into a WWE match, and Kurt Angle is certainly not the best he’s been. On the other side of the ring you have Stephanie, who isn’t a wrestler and isn’t going to be carrying anyone to a Five-Star classic, so her exchanges with Ronda are likely going to be awkward. However, they do have HHH in there with them and if anyone can build a match that hides the weaknesses of everyone else then it’s him.
Mitch Prediction: Ronda and Kurt
Rachel Prediction: Ronda and Kurt 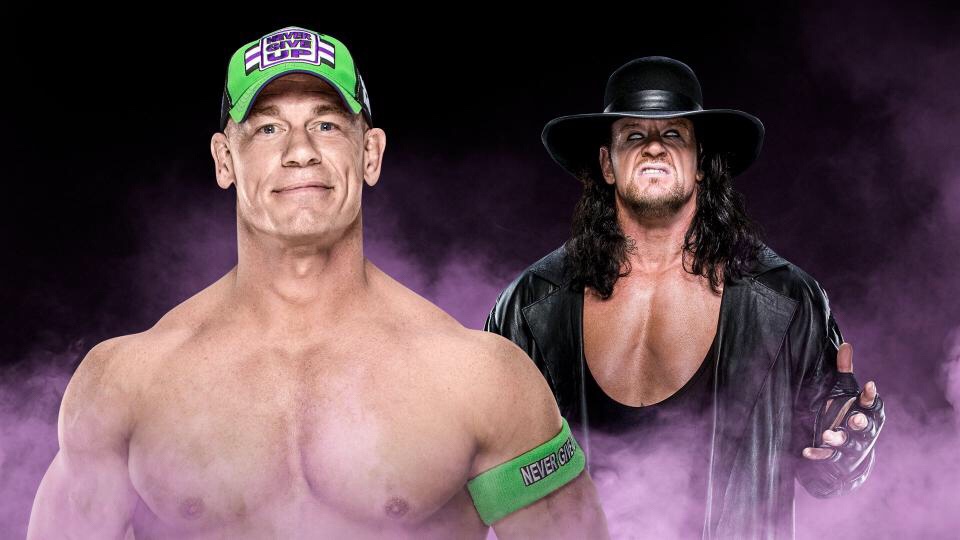 I no longer want this match to happen. I hate to admit it but the WWE have completely squandered what should be a dream match. This feud has no build, someone just not showing up is not a build, it doesn’t give you any incentive to want to see the match. As much as I was in to this when it first started, as much as I wanted to see the American Badass Taker return and as much as I know it’ll piss off the live crowd, I now either want Taker to flatly turn down Cena, or I want this to be the beginning of a build towards Wrestlemania 35. But the WWE won’t see it that way, we’ll probably get some crappy segment followed by an impromptu match with little explanation as to where Taker has been.
Mitch Prediction: The Undertaker
Rachel Prediction: The Undertaker

It’s a shame that these two have been on separate brands for the entire build up, effectively resulting in us having no story going into this match. I really think that if they had been given a run from the Royal Rumble to really put some steam into a rivalry then we could have been looking at a contender for the first ever women’s match to main event Wrestlemania. Unfortunately though this match is built on name value alone.
Mitch Prediction: Asuka
Rachel Prediction: Charlotte (Bye bye streak)

To this day I am still amazed that we’re going to see this match on a WWE PPV, let alone at Wrestlemania, let alone off the back of Nakamura winning the Royal Rumble and let alone over the most prestigious championship in wrestling. Say what you want about John Cena vs The Undertaker, this is what a modern day dream match looks like and we can only hope that they live up to the hype. If these two are given anything less than 15 minutes then it will be a damn shame and a real show of what WWE think about one or the other. This match should be the main event of the whole show, but we all know that’s not going to happen.
Mitch Prediction: Shinsuke Nakamura
Rachel Prediction: Shinsuke Nakamura

Say what you want about Roman main eventing 4 Wrestlemania’s in a row, but this is probably the closest the WWE have come to getting the fans behind him since the Shield initially broke up and it’s arguably the feud with the most heat behind it going into Mania itself. We’ve already seen what these two can do on the Grandest Stage of them All, and whilst I would have preferred this match to have been a Triple Threat with Rollins involved, I’m not going to complain for the sake of it.
Mitch Prediction: Roman Reigns
Rachel Prediction: Roman Reigns