The phrase “page-turner” is easily banded about these days, but Evan Winter’s debut fantasy novel earns the accolade. 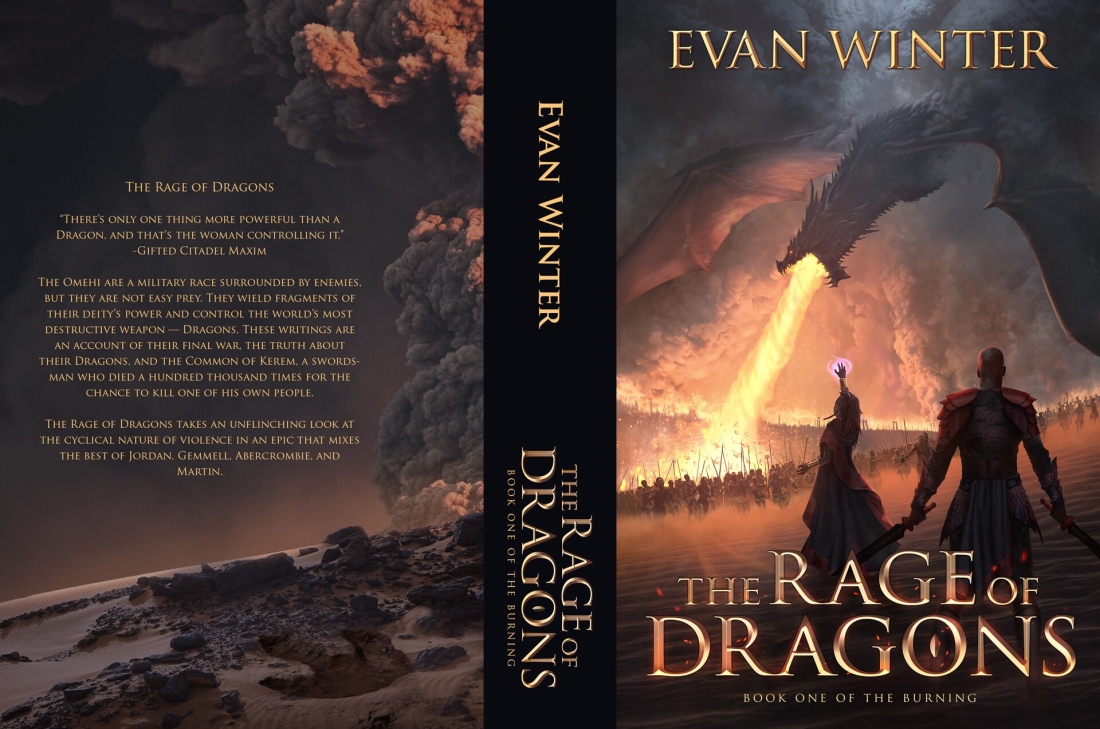 Set in a mystical fantasy world, filled with Dragons, giant lizards, magic and an endless war The Rage of Dragons manages to deliver one of the most human and relatable fantasy epics in recent memory.

Rather relying on characters that are larger than life and wholly unattainable, Evan Winter creates a world populated with emotionally driven characters who, like all of us, have their own unique flaws and motivation.

The protagonist of the story, a commoner called Tau Solarin is the perfect example of a flawed individual. Rather than being the often-trod paragon of virtue that you can find in many, especially older, fantasy tales Tau is instead a young man who often does the wrong things for the wrong reasons. Despite us seeing the world through his eyes, thanks to Winter’s writing we are both able to understand Tau and disagree with his actions. Creating the perfectly balanced and compelling character that makes you want to keep reading, to keep turning the pages to see how their story continues to unravel.

And therein lies the biggest strength of The Rage of Dragons. Beyond the compelling protagonists and the fleshed out ensembles of characters that surround them, beyond the well realised world that is unlike any that have come before and beyond the intricately woven rules of the magic that takes our characters quite literally to another plane of existence. The strength of this novel lies in its story. Evan Winter does an expert job of keeping the reader focussed on Tau and his personal story of revenge. Then as if being jabbed with a hidden blade Winter exposes the reader to the wider connotations, the grander paths of subterfuge, betrayal and loss. The story appears to take the right step at every single turn in the path and I cannot fault any directions that Winter decided to opt for.

I would be doing a disservice to the novel if I finished this review before mentioning the love story. Yes, like most stories The Rage of Dragons does indeed feature a love story. One that at first I felt was both forced and unnecessary. But I am happy to admit when I am wrong, and by the end of the novel Winter had successfully caught me in a spun web of young love.

Everything flows near perfectly, and it’s almost astonishing to think that this is Evan Winter’s first foray into the realm of fantasy. I dare to say that this series could be something special. Get in there now and read The Rage of Dragons before it becomes something much larger. Hold on to that and brag to your friends in a few years time that you were a part of this world before it was cool.

Book 2 of The Burning can’t come soon enough and you can now consider me a full-blooded Indlovu, I am now part of this world.