The Greatest Royal Rumble has absolutely ruined the build up for this PPV, and that’s a damn shame given what it could have been.

It’s the first PPV of WWE’s new co-branded era, or at least that’s what that god awful music video keeps telling me on a seemingly daily basis. Seriously, who’s idea was that? Because they seriously need to reconsider their line of work.

If you haven’t seen it already then please, grab some popcorn and enjoy the below video, because it’s pure comedy gold but for all the wrong reasons.

Anyway, with that monstrosity behind us let’s get on with some predictions.

Pre-Show Match: US Championship
Singles Match: Jeff Hardy (C) vs. Randy Orton
It’s amazing what a few weeks can do for a division. A Hardy and Orton feud is infinitely more interesting than the Roode/Mahal/Orton feud we had to suffer through for weeks prior to Wrestlemania. With that being said, this feud doesn’t have enough build to be anything other than pre-show fodder, but good pre-show fodder. It’s too early to take the title off Hardy, unless they want to go for an Orton heel turn.
Prediction: Jeff Hardy 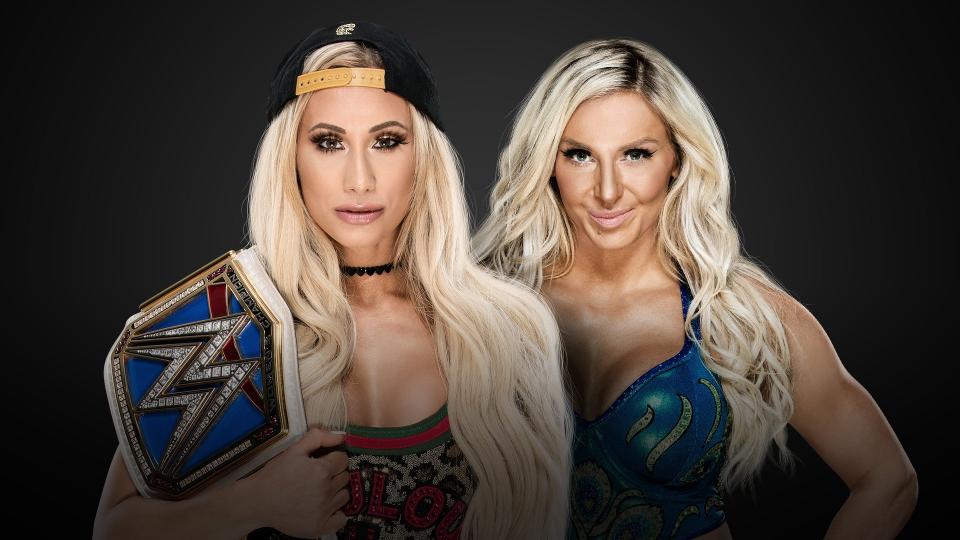 Surprisingly the women’s division on Smackdown has been a breath of fresh air since the arrival of the Iconic Duo and Carmella’s cash in. After having a division built around Natalya and Charlotte Flair for so long, Carmella as champion is offering something completely different and with the Iconic Duo being thrown into the mix I’m really interested to see where they can take it. The one thing I’m worried about is that they’ll put Asuka in a losing streak, which if it turns her heel could be a good thing, but otherwise it’s a dangerous road to take for one of the WWE’s best female attractions.
Prediction: Carmella 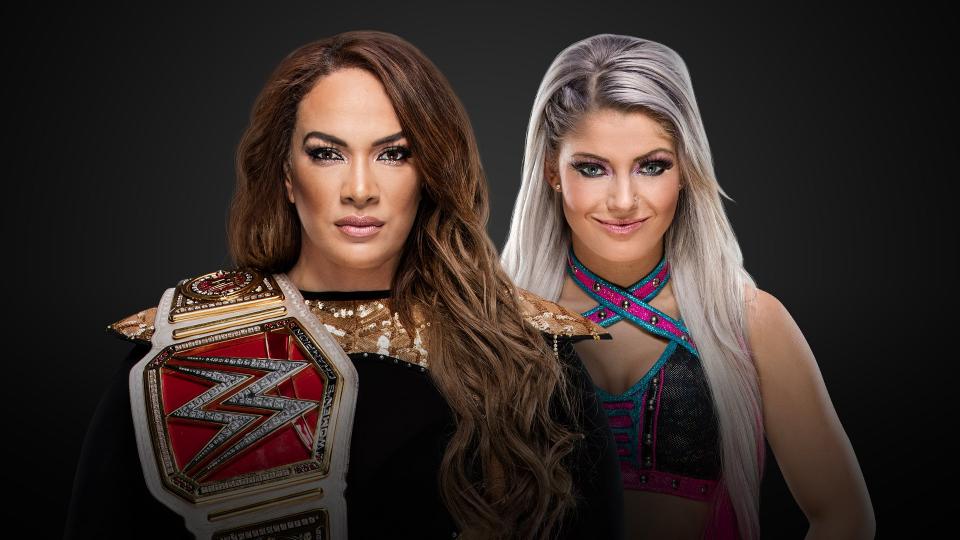 I don’t think there’s much to this match, the build up with Alexa’s “Moments of Bliss” PSA’s have been good, but the contractual rematch has dragged on a feud that should have ended at Wrestlemania. Hopefully it’s pretty quick and really there should only be one viable winner.
Prediction: Nia Jax 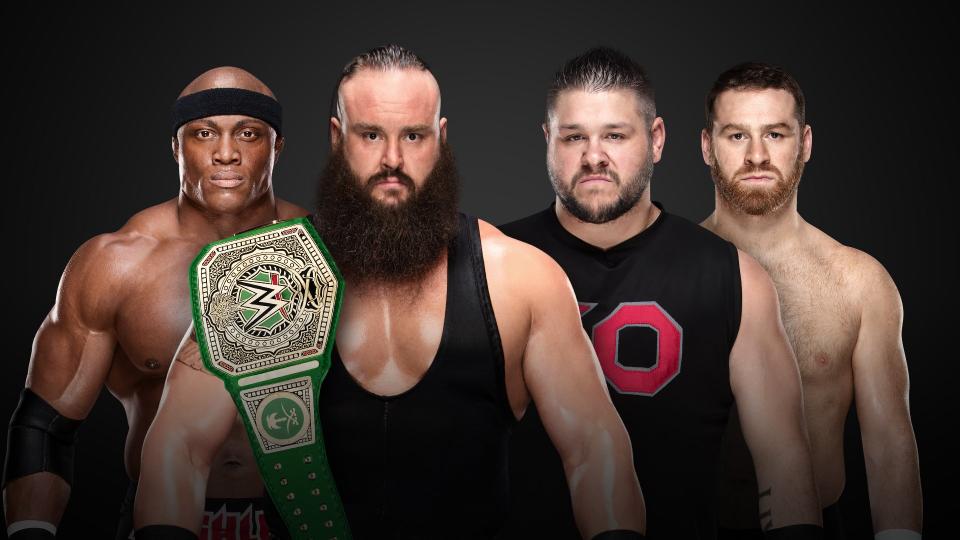 I have a few things to say about this. Firstly, it’s hilarious how Braun’s new GRR Championship has just been photoshopped onto his shoulder, because let’s face it, we’re not seeing that title in person for another year. Secondly, why is this match happening again, let alone on a PPV? And thirdly, I’m concerned that should Kami lose, then they’ve been squashed pretty bad since arriving on Raw. With that being said, I think there’s one clear answer to those questions – That this match is leading towards a Bobby Lashley heel turn, costing Braun the match. Lashley has done nothing since coming back, he’s not said a word on Raw and he’s very quickly just become another body. WWE need to remedy that, so a heel turn and a name change to just Lashley doesn’t seem out of the realm of possibility. He could then feud with Braun and that seems like a decent feud to me.
Prediction: Sami Zayn and Kevin Owens 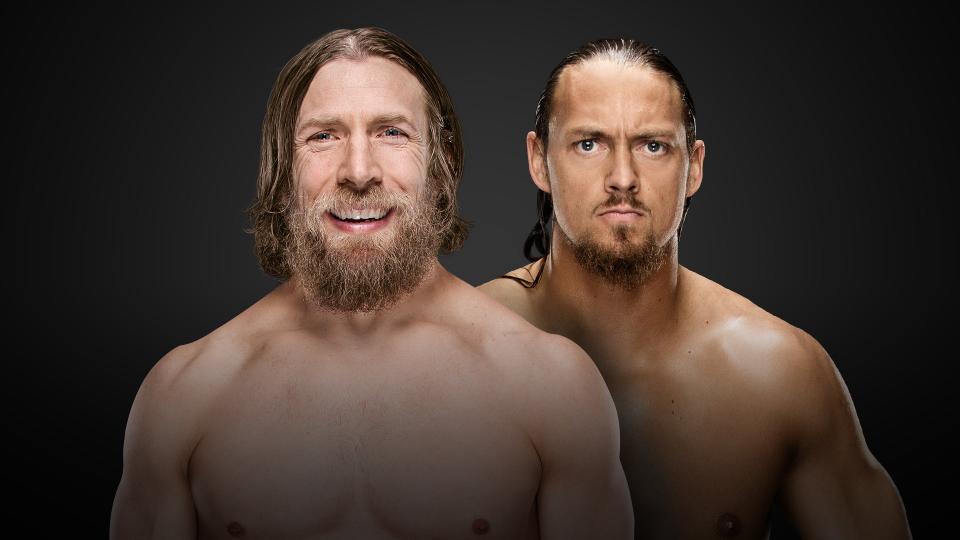 Logic would dictate that Bryan goes over in this match, but this is the WWE we’re talking about and Vince is well known for having an affinity for big guys; enter Big Cass to ruin the party. Whilst I don’t think he will go over clean, there are definitely signs there that Cass could walk out the victor here. Even if he doesn’t and my prediction is wrong, then I fully expect Cass to beat up Bryan after the match to ensure their feud carries on and that Cass doesn’t lose too much heat.
Prediction: Big Cass 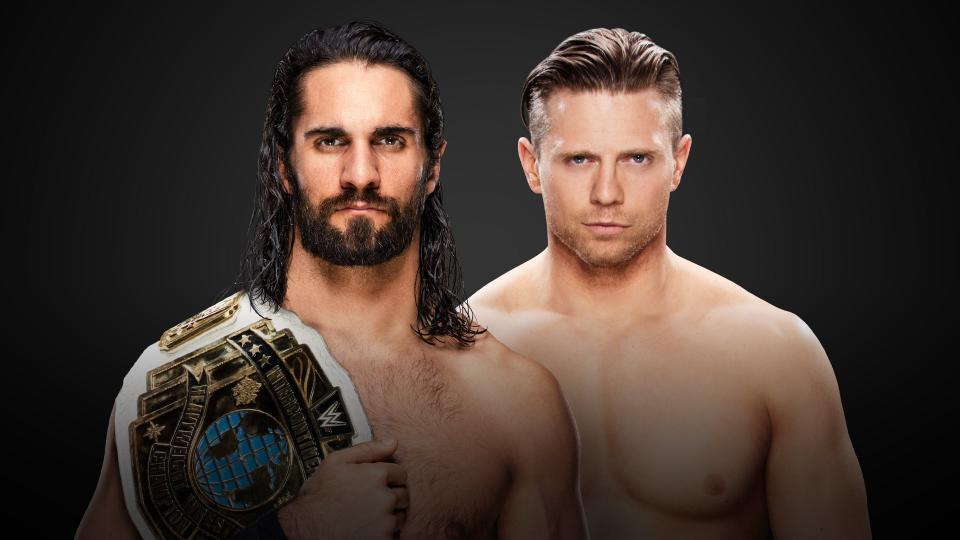 Again it’s the culmination of a feud that should have finished at Wrestlemania. It’s good to see The Miz in the IC title picture one last time, but with no US title match currently announced he has roughly a 0% chance of winning the belt and taking it with him to Smackdown. Hopefully from here Seth can go on to have some real work-horse one on one feuds on Raw with the likes of Finn Balor, Drew McIntyre and Roman Reigns. Which probably means he’ll be feuding with Jinder Mahal within a week.
Prediction: Seth Rollins 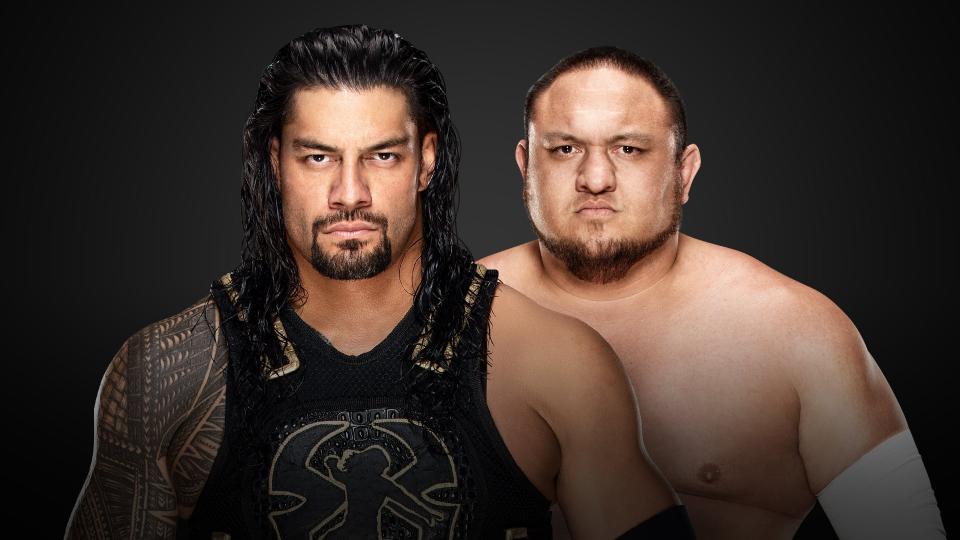 I really don’t understand why this match is happening. I don’t understand how the feud started and I don’t understand what they’re fighting over. It just reeks of the WWE changing their minds back and forth about who was going to be swapping brands and who was going to be Universal Champion by this point. As Roman is on somewhat of a losing streak they may as well go all the way with it and give Joe a big win to take him across to Smackdown where he can beat up Jeff Hardy and Randy Orton for the US title, before moving on to the winner of the Nakamura/Styles feud.
Prediction: Samoa Joe 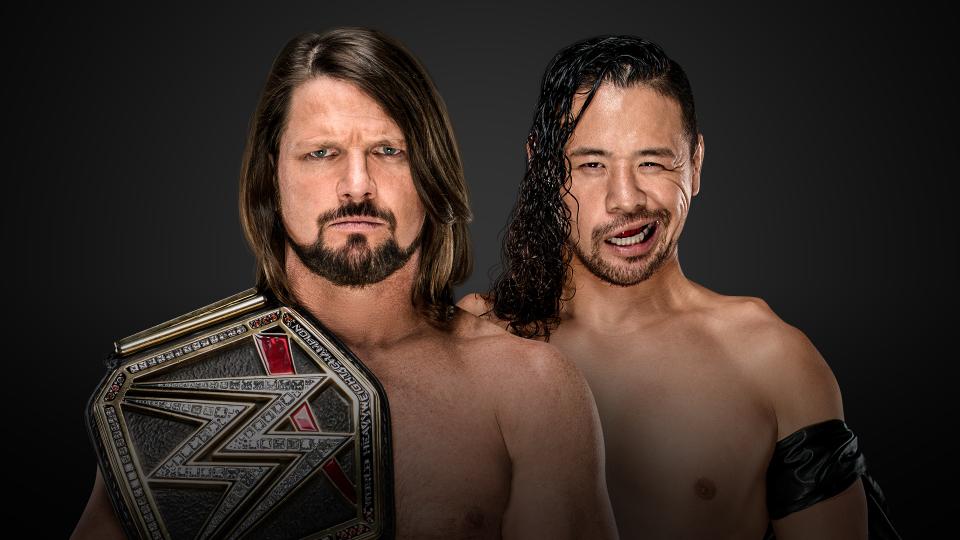 This feud has been crying out for a No DQ stip, so I’m pleased that we were given just that with Paige’s announcement on Smackdown Live. With that being said I don’t think the stip will make any difference to the outcome. Either Nakamura wins here or they run the risk of killing him off for good. Another loss and his heel character will have failed in the exact same way as his face persona. Nakamura has to win the title here, it’s simple. It would also mean that the show has at least one title change if my predictions are right, and given the house show feel that the Greatest Royal Rumble suffered from it’s about time we saw a title change.
Prediction: Nakamura

So there we have it, my predictions for the second PPV in the space of just over a week. Let’s hope that it proves to be a better show than the Greatest Royal Rumble was. If I had any overall thoughts on this show it’s that the card looks like it could be really strong in terms of wrestling quality. The build itself may have been non-existent, but I fully expect this show to deliver on the night.

What are your predictions for the show? Let us know in the comments below or by tweeting us @WeAreNiche.